Back home aboard the Buena Vida

We are back in Mexico aboard the Buena Vida lying in Marina de La Paz, BCS where every night is Friday and every day is Saturday. 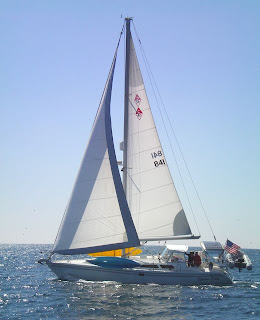 We returned to find the Buena Vida in great shape.  We had heard horror stories of boats filled with rodents, bugs, birds, exploded cans of tomatoes, fouled fuel, fouled water and nasty odors so we of course took all to heart and over cleaned and prepared the boat for three months of solitude and possible hurricane strength wind.  We also had a boat  management team care for our home away from home.  So with all the extra work we did in the summer, we had a happy return, not even the notorious "boat smell" to contend with.
Three months is not very long off the boat but we made good use of every minute of it.
We spent a month in Ventura CA, in the home that we share with our son Josh and  his new wife Rachel.  They welcomed us home with a lovely dinner and a warm inviting spirit.
Returning home after nine months made us appreciate more then ever how beautiful Ventura is. 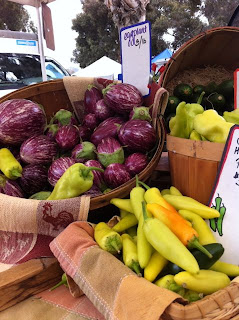 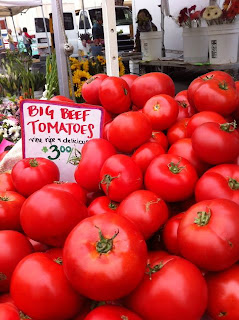 After a month of catching up with family and friends in Ventura we flew to Hawaii to visit Jeff's daughter Rebecca and her husband Chris.  The Big Island of Hawaii offers a great diversity of activities, amazing diving and snorkeling, farmer markets, and a real Hawaiian feel. 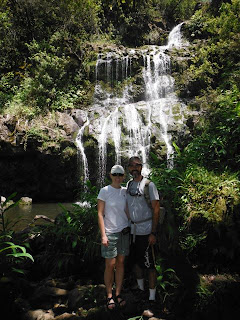 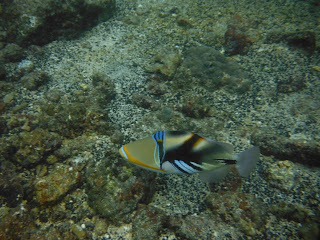 Not to leave anyone out, we flew to Spain for a month.  We spent three weeks with Jennifer, Jeff's oldest daughter, her husband Carles and two daughters Sara age six and Lisa age three.

We then rented a car and drove to the mountains in the Castillo-Leon area then down into Valencia for some serious city life.  It was so hard to leave our beautiful grand daughters but that is the curse of having a family that lives all over the world. 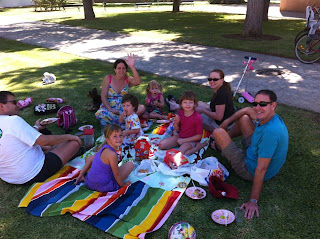 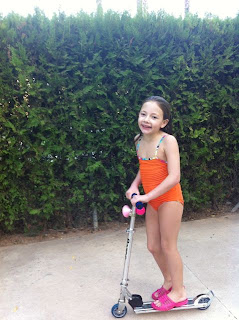 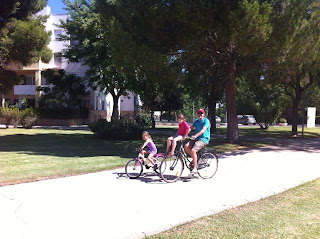 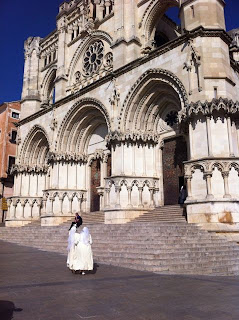 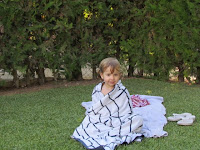 After one last visit to our home in Ventura, enjoying time with our family, friends, yacht club and the comforts of life in So Cal we found we had mixed feelings about returning to La Paz.
Life is so good in Ventura, why are we leaving?  Why would we leave Chris, Josh and Rachel and my parents?  What kind of priorities do we have?  Shouldn't our family come first in our lives?  But after wrestling with these thoughts we packed our bags and boarded the small commuter jet to La Paz.   The lure of life aboard the Buena Vida was calling us home.
We really enjoy La Paz and did not want to rush our time there.  The boat was really ready to go within a week, but we wanted to remain for some local events such a Balandra Beach clean up, scuba diving with Whale Sharks and the Dia de Muertos celebrations. 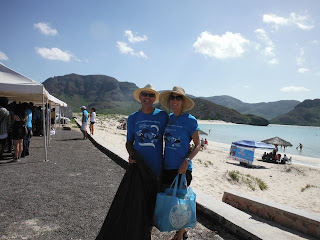 Mexico is working hard to improve the
cleanliness of its beaches.  We often see
trash and recycle bins at the beach and
Signs are posted to encourage trash disposal.  There is still a long way to go but at least the effort has begun.

We decided to go diving with a local outfitter and after a wreck dive, then a reef dive, we were surprised with a swim with some Whale Sharks. 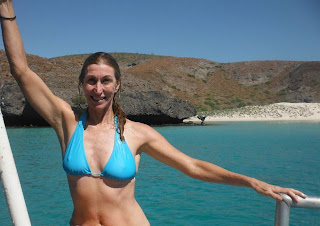 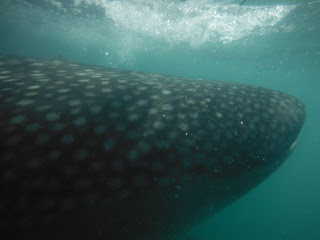 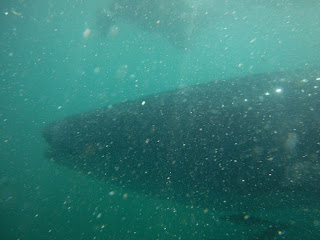 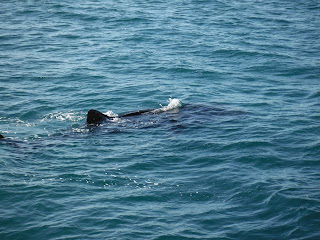 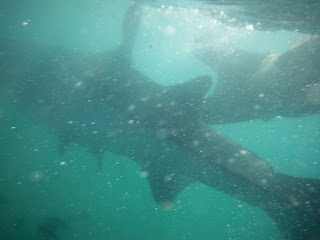 Swimming with Whale Sharks is probably a once in a lifetime event and the highlight of our dive trip.  The diving was OK, not world class but still fun, but watching and swimming with the largest fish in the sea was spectacular.


The festivals and traditions that are practiced now began at the beginning of the 19th century and the playful characters called "calaveras" (skulls) made by José Guadalupe Posada and later became wildly popularized by Diego Rivera's calavera image named "Catarina" which is now an international symbol of this fun and playful event.  You can find Catarina images on
t-shirts, posters, and life sized dolls everywhere in Mexico all year long.
Dia de Muertos is a time when souls may return to earth and visit their loved ones.  An alter is placed in the home or at the cemetery with symbolic items placed as a way to invite the lost soul back for a visit.  Traditional items are a picture of Christ, marigolds, and some candles usually placed in four corners or  in a cross representing north, south, east and west to be used as navigational aides back to earth.  Also, incense is burned and the smoke creates a navigation path. Salt will be placed on the alter symbolizing purity, and the favorite foods and drinks of the deceased are placed on the alter.  Families often have a fiesta with BBQ, beers, music and festivities.  The Dia de Muertos is not a scary or dark time for the Mexican people but a joyful, playful time to remember those who have past and invite them back for a short visit.


We are now sailing north to visit a few anchorages in the Sea of Cortez before the notorious
Northers begin to blow. Before the winds get too fierce we plan to cross the Sea and head south
to Mazatlán or Chacala mid to late November.

Email ThisBlogThis!Share to TwitterShare to FacebookShare to Pinterest
Labels: We are back in Mexico aboard the Buena Vida. Season two
Location: La Paz, Bolivia